They think they know the night. They are wrong. The Night "friended" me on Facebook. The Night "likes" my Instagrams. The Night "follows" me on Twitter. We are totally BFFs.

In Egypt, Pharoah Akhenaten was telling his harem about his plans to create a religion with one god for himself. The courtesans subsequently kill Akhenaten on behalf of four shadow ministers.

The ministers form The Sect and vow to murder Aram-Ho-Tep, the court poet.

Obadiah Archer jumps out of a timearc and contact Project Rising Spirit in order to meet the head at the Promised Land amusement park.

At Promised Land, Archer fights P.R.S. troops before he speaks to Morris Kozol. Archer agrees to find the Holy Grail for Kozol in exchange to the truth as to why PRS calls him "Prodigal".

In Wall Street, Mary Maria returns to The One Percent, who inform Mary-Maria they they have sold her to The Sisters of Perpetual Darkness. While they are celebrating, The One Percent are blown up.

One of the One Percent minions makes his was to a run down block of flats. It is revealed that he planted the bomb that went off and that he is a member of The Black Bloc.

They think they know the night. They are wrong. The Night "friended" me on Facebook. The Night "likes" my Instagrams. The Night "follows" me on Twitter. We are totally BFFs.

Some call it fried dough. Some call them funnel cakes. I call it JUSTICE FUEL.

The Sect has been a stone around our necks for decades. Time to free P.R.S. for bigger and better things. 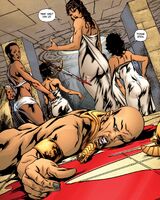 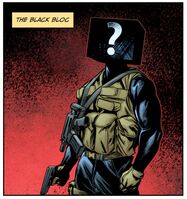 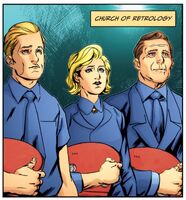 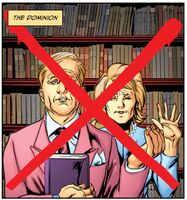 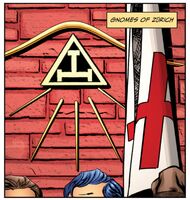 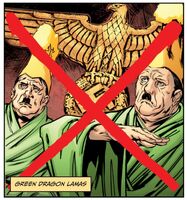 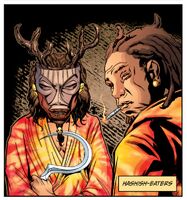 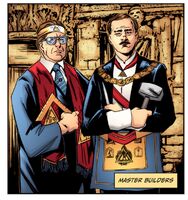 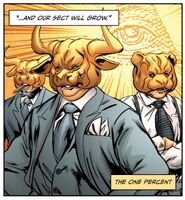 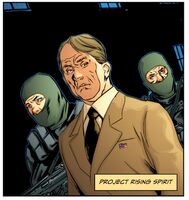 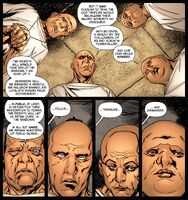 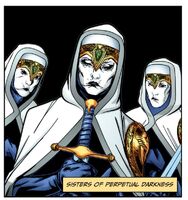 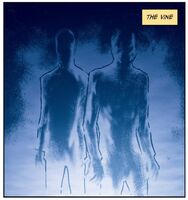 Retrieved from "https://valiant.fandom.com/wiki/Archer_%26_Armstrong_Vol_2_14?oldid=70072"
Community content is available under CC-BY-SA unless otherwise noted.