First full appearance: Archer & Armstrong (Volume 2) #5 (December, 2012)
The Eternal Warrior is Gilad Anni-Padda, an immortal champion in the fight of good against evil. Millennia of training has allowed him to become an expert in most forms of combat. He is one of four siblings granted immortality by the Boon, including his older brother Aram also known as Armstrong, oldest brother Ivar the Timewalker and his younger sister Vexana the War-Monger. Gilad is sworn to protect the Geomancer of every generation, a line of mystics who communicate with the voice of the Earth itself.

Using the boon transformed Gilad Anni-Padda, once the transformation ended his mind, soul, spirit, body and very existence were permanently altered, granting him the following abilities

Gilad has several places around the globe where he keeps his weapons and other artifacts. In Incursion #4, Gilad owns two Brasher Doubloons that are worth millions of dollars. 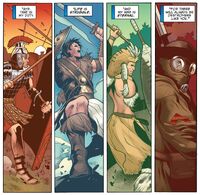 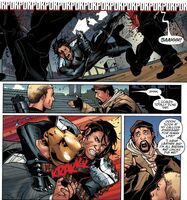 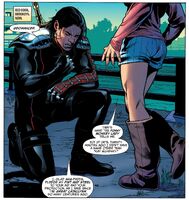 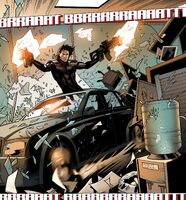 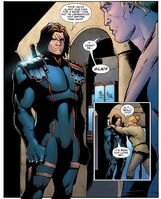 I have no use for your pity. Just keep the Geomancer safe. Use iron, not your poetry.

The speaker has been silenced! The Earth cries out for vengeance! Her fist and steel ANSWERS! Do you HEAR me, charlatan? Nothing shall stand in my way!

You should know better than anyone, Aram... nothing stands between me and the killer of a Geomancer. Not even you.

In a moment of crisis the Earth saw me as a tool she could use. And she brought me back. Body and soul. I owe her everything.

Immortality is no gift. There is a benefit to feeling true fear in combat. To fighting with the motivation of a man who may die. Instead, my worry is for all that dies around me. Believe me, that fear is worse.

Monsters do not exist. There is only us.