The Malev War is an epic crossover between the Magnus, Robot Fighter and Rai and the Future Force series told in more than thirty issues published between 1993 and 1994. It continues from the initial "Malev Invasion" in the Armageddon 4002 story line when a sentient entity known as the Malev Empire conquers North Am by taking over its Mainbrain to control all Earth-Robs and ends with the defeat of the Malev Empire at the cost of the life of the 43rd Rai, Takao Konishi who sacrifices himself to bring down the Malev Emperor.

At the end of the war Leeja Clane gives birth to Obadiah Konishi, the result of her short romance with Takao Konishi during the Battle for South Am. About a year later after the war has already ended and renewing their relationship, Leeja gives birth to Torque Clane, her first son with Magnus. Magnus becomes "President Magnus" of the newly found Terran Consortium and the Clane Act orders the extinction of all robots including Freewills for the survival of the human race.

This article does not have a synopsis recorded yet.

The issues are listed in the recommended reading order:

The Battle of South Am 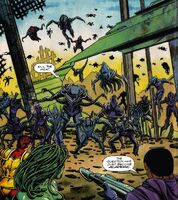 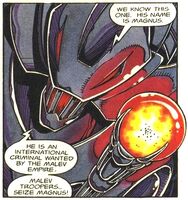 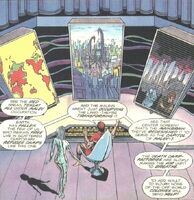 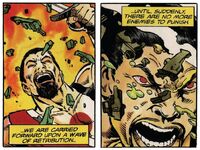