Psiots (also sometimes known as Harbingers), are a sub-species of humans that have evolved psychic/mind-based powers. These powers manifest in a huge variety of different ways, but are generally thought-controlled. There are three kinds of humans on the psiot spectrum: "norms" have no psionic potential, "latents" have power within them that stays dormant until it is unlocked, and "actives" are psiots who have discovered (or, rarely, were born with) their powers. The most widely-used process of activation is notoriously painful and requires a great deal of physical stress, resulting in death one out of four times it is attempted.

A new breed that walks among us, harbingers of the next step in human evolution. With extraordinary powers of the mind, these harbingers have abilities that lie dormant until they emerge during occasional bursts of high stress. These abilities reflect the individual's personality and can make them feel abnormal and alone.

Toyo Harada, an Omega Harbinger who is aware that without proper guidance Harbingers can be perilous, funds the Harbinger Foundation, a non-profit organization that provides an environment where people with special abilities and talents can achieve their potential, to search for others like himself that can help him shape the world as he sees fit. To prepare for any opposition and protect his interest, Harada creates a unit of combat-trained psiots he calls Eggbreakers.

While Harbingers are born with their abilities, in the 70s and 80s scientists from the Harbinger Foundation match couples who have the most potential to produce Harbinger youths that remain in a dormant state until Toyo Harada deems the time is right for them to awaken and join the Eggbreakers. To this day, except for a lone subject, these test-tube Harbingers remain dormant.

Pete Stanchek, the only other known Omega Harbinger, discovers Harada’s plot after Harada kills his best friend and then sets out to save others like himself from being indoctrinated into his scheme. Along with his girlfriend, Kris Hathaway, Pete finds other Harbingers and gathers a group of Renegades that oppose Toyo Harada and his Harbinger Foundation at every turn.

Only one Harbinger stand-alone was released during this time.

For millennia, psychic powers were known to rarely manifest in human.[1] Because most psiots have their psionic abilities locked away inside of them (i.e., "latents") and are therefore physically indistinguishable from mainstream humanity (i.e., "norms"), it is impossible to settle on a date for the origin of the psiot subspecies.[2] However, the oldest known psiot was already elderly by the time Alexander the Great conquered the Hindu Paurava Kingdoms nearly two and a half millennia ago.[3]

There are two different methods of producing psiots whose abilities are accessible to them (i.e., "actives"). The first is self-activation. Some psiots are either born that way or achieve it through meditation. The second is external-activation. Those psiots are activated through extreme cellular assault, grotesque torture, traumatic involvement or hyper-animation of the brain through a dangerous and invasive surgery that is frequently lethal (with the debatable addition of Peter Stanchek's ability to activate others, though it seems likely he may be employing a combination of some or all of the aforementioned external methods).

The first systematic activation of psiots was from the mid-16th century to the mid-18th century in Mongolia. The Bleeding Monk (who — under the tutelage of an activated psiot with mild precognitive abilities — self-activated in the days of Alexander the Great) gathered his students and gave them a place to dedicate the decades they needed for penetrating self-reflection to awaken their personal power. The school was destroyed in late 1755, and active psiots again became a rare breed.

In the 20th century, we see the rise of externally-activated psiots. The first was Toyo Harada, at the hands of the atomic bomb dropped on Hiroshima during World War II. As he reached adulthood, Harada mapped the science of the psiot mind and started to unlock more psiots others using external-activation methods.

This rise of psiot activity took place mostly in the late 1960s, and drew the attention of Rising Spirit Securities. Their conflict with Harada International (and the interventions of the V.P.L.A.) lead to Harbinger War One, named after the Harbinger Foundation / Harada's psiot recruitment facility. Reconstruction took years, but in the 80s P.R.S. developed H.A.R.D. Corps to mimic psionic powers.

By the 2010s, psiots (still incredibly rare) were being gathered and activated by both the Harbinger Foundation and P.R.S., leading to exponential growth in the number of activated psiots and of their activity planet-wide. As was inevitable, the world's attention was drawn to that increase, and psiots entered the world stage.

With nothing to lose after being exposed (as both a psiot and a murderer), Harada gathered the crumbling remains of his Foundation, commandeered a nuclear aircraft carrier, and set sail for Somalia to establish the Foundation Zone -- fifty square kilometers invaded, then declared a sovereign nation by the Harbinger Foundation. All of this, Harada accomplished with just under fifty other psiots in less than a week.

An unfortunate side effect of psiots prominence in the public eye was the rise of crude, DIY psiot activation attempts. At the best of times, one in four psiots died during the procedure. These crude attempts make the chance of death during activation much higher.

It has been alluded that in the future genetic mapping will allow anyone to become an activated psiot, though this has yet to be seen.

Note: This is in no way a comprehensive list. 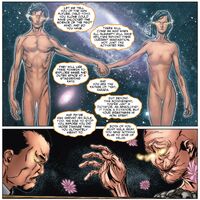 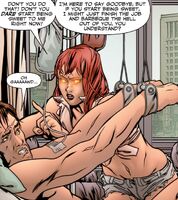 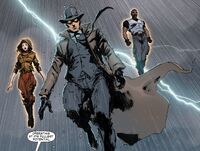 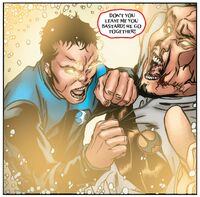 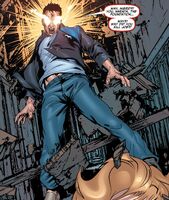 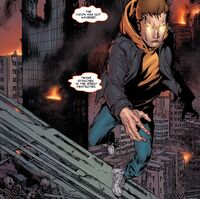 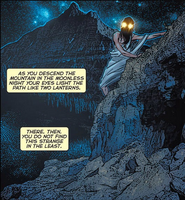 Retrieved from "https://valiant.fandom.com/wiki/Psiots?oldid=69871"
Community content is available under CC-BY-SA unless otherwise noted.